Hi everyone! Hope you all had a wonderful weekend! My wife and I had an exciting weekend filled with city excursions and friends, which means we got some great Switch portable play in. First, I’ve got some great videos to share that I think you’ll enjoy!

Without further ado, let’s round ‘em up!

I have some big news about the YouTube channel! We are nearing 100 subscriptions, which we were certainly not expecting so soon! We’re incredibly thankful for all of you who have watched, subscribed, liked, shared, and commented on our videos! Seriously, your love and support goes an incredibly long way in making a difference for us! We hope you know how huge every one of your contributions have been. We can’t thank you enough!

If you haven’t yet seen our videos and want to see what we’re all about, you can check out the links below! We sincerely hope you enjoy! 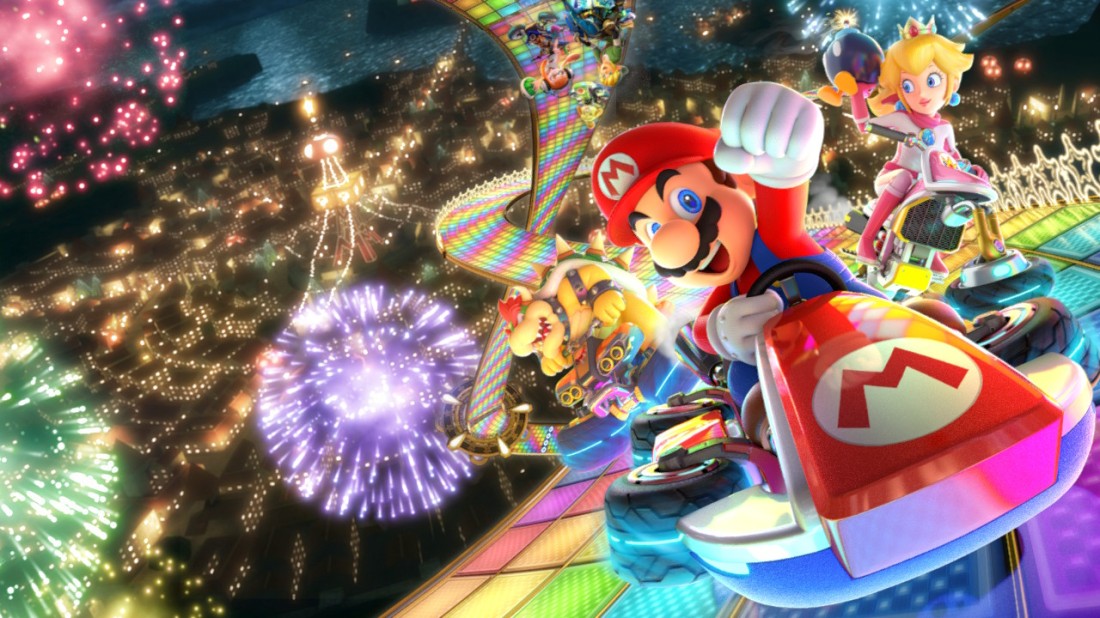 My latest review video is for Nintendo’s latest Switch game, Mario Kart 8 Deluxe! You can probably guess it’s a good game, but is it worth it for anyone who has owned the original Wii U title and its accompanying DLC packs? Like many others, I bought all the previous DLC and still made the Switch *snaps fingers* so I give some honest thoughts on whether the revamped Battle Mode and the other racing improvements are worth the double dip. Check out my review!

Part 7 our co-op playthrough of Snipperclips is up, and we have finally made it to the end of the old-school world of Retro Reboot! In this episode, we escort a spoiled princess (who we gave our official fan name of Princess Blueberry) on a series of wild minecart rides. We also unintentionally force her to relive her death over and over again. Check out the fun misadventures of Princess Blueberry below!

Please be sure to check it out! As always, you can start with the above episode or find the full playlist starting at Part 1 – Stabby Sticks here: http://bit.ly/2nFmc5v

Here’s some news for our Snake Pass – Playing with Separate Joy-Cons series. After a hard look at scheduling, we have decided to postpone future episodes of Snake Pass until after we are finished with our Snipperclips run. It takes so many resources to record and put together an episode, making it tough to produce a third weekly video at the moment.

We sincerely apologize and would like you to know that we are still planning to produce and finish this wacky series where my wife and I split the controls to maneuver a snake. And when it returns, it’ll be better than ever because we’ll be able to put more energy and time into it. It’ll be for the better in the end, so we hope you’ll enjoy its spectacular return in a couple of months!

Until then, you can find the first two episodes in the playlist here! – http://bit.ly/2pezKUq

What I’ve Been Playing

I finally crawled out a rock and began playing Minecraft: Switch Edition. Believe it or not, I’ve never played this phenomenon, even after it arrived on the Wii U years ago. It’s a new world for me, so let me know if you’re a Minecraft aficionado with some tips for a newbie like myself. So far, I can at least say that I love the custom Mario texture pack! It definitely makes me feel at home!

I want to extend an invitation to play together, whether Minecraft, Mario Kart 8 Deluxe, Puyo Puyo Tetris or any multiplayer game out for the Nintendo Switch! My Switch friend code is SW-3611-4684-6706. Please feel free to add me and we can build fun structures or burn rubber!

I’ll begin by sharing that ever since I was younger, I’ve always brought my consoles around, at least to family gatherings or get-togethers. That may sound weird, considering how bulky they can be or how much effort they take to set-up. But I love having my gaming systems around in case others want to try it out or I get bored at some event (which used to happen often, haha). The most extreme case was when I got a third party accessory that attached a screen to the GameCube system, allowing you to play games in a tabletop fashion. I loved it because I was no longer limited to playing Super Smash Bros. Melee. Now I could experience it in the car, in a hotel, or at a family party. It served me well, but I stopped bringing consoles around once I started getting portables, which did an even better job of amusing me when I wasn’t home.

This weekend, Crystal Dragon and I went on some adventures with friends in the big city, which meant a lot of traveling and opportunities to play with the Nintendo Switch’s tabletop mode. This playstyle utilizes the Switch’s kickstand, propping it up as a miniature TV screen. I actually haven’t used tabletop mode much, opting for either playing on the big screen or my preferred method, using it as a handheld.

At risk of looking just like the people in a Switch trailer, we busted out the tabletop mode to show friends the Switch at a public place last weekend. And it is so much more effective than I could have even imagined. The small screen is surprisingly enough to make you feel like you’re at home on the couch. Having everyone crowd around the Switch turns a game of Mario Kart 8 Deluxe into a special event. We were all enjoying ourselves, lost in the captivating aura that was the Switch. Other people were eyeing us, trying to see what we were looking so intently at.

I usually think of portable gaming as an individualized affair. Sure, you can play wirelessly with other gamers on your 3DS, but you’re still looking at your own screen. Traditional split-screen multiplayer had always been limited to home console play. But now with the Switch, anywhere I can sit becomes the new couch and any surface can be my new “TV stand.” It’s an underrated function of the Switch that seems most relegated to that embarrassing thing people do in Switch trailers. But I can affirm that tabletop mode, despite its small screen, works wonders for local multiplayer.

I’m happy to say that the Switch brings back my desire to have game consoles around me wherever I go. I love that the Switch’s stand allows me to pretend I’m enjoying games at home, and I’m ecstatic that I can share the joy of these awesome games with friends no matter where I am. Those early trailers with the rooftop and tabletop mode were real, folks!

Thank you so much for reading this issue Weekly Panda Roundup! On Thursday, my wife and I will be uploading a unique playthrough video of a retro classic! I’ll also have a review posted here later this week! Until then, see you next time!

How was your weekend? What games are you playing? What did you think of the videos? What are your thoughts of Mario Kart 8 Deluxe? Have you used the Nintendo Switch’s tabletop mode and what do you think? Can you explain Minecraft to me?! Let me know any answers to these questions in the comments section below! Thanks for reading and watching!

Mr. Panda is a lifelong fan of Nintendo. Having started playing video games at a very young age, he has since collected every major Nintendo console and handheld. He even had a video game themed wedding, which featured centerpieces based on Smash Bros. trophies before amiibo was even announced. He loves to share his opinions of games and wants to help you make informed decisions. You can follow him on Twitter @MrPanda2002 and check out his videos at http://www.youtube.com/mrpanda2002. Enjoy, leave feedback, and game on! View all posts by Mr. Panda