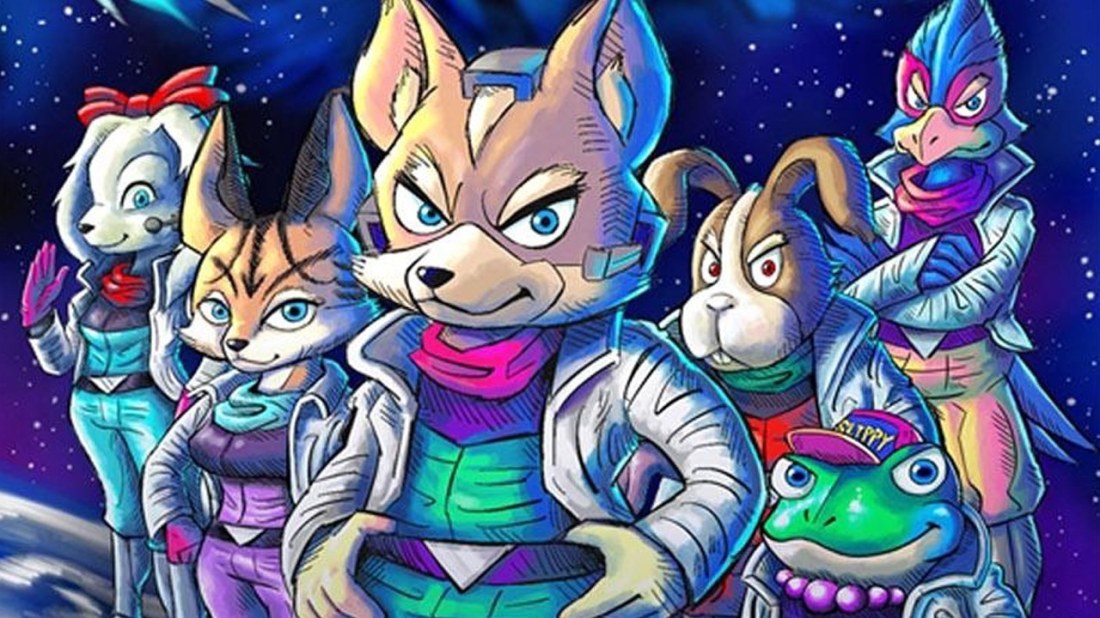 Star Fox 2 has quite the history behind it. Originally set to release in 1996 for the Super Nintendo following the success of the original Star Fox, the game was cancelled despite being reportedly finished. After more than two decades and a handful of sequels later, Star Fox 2 has finally risen from its dormant sleep…with a catch. You can only play it on the SNES Classic Edition, a miniature console preloaded with the game and 20 other 16-bit titles. The question is: is it worth seeking out the SNES Classic for this nearly forgotten relic?

Be sure to check out the Video Version for a closer look at the gameplay and the usual assortment of jokes and voices!

END_OF_DOCUMENT_TOKEN_TO_BE_REPLACED

Hope you all had a fantastic weekend! If you’re celebrating any summer holidays like the 4th of July or Canada Day, hope you’re having a wonderful time! We had a vacation last week during a big time of transition, so this weekly roundup will cover the last couple of weeks, which brought us a brand new Nintendo IP, the revelation of the awaited SNES Classic, and a surprise podcast appearance where I talk about the joys of those lovely figurines, amiibo!

So without further ado, let’s round ‘em up!

Our YouTube channel is continuing to grow, and we owe it all to our wonderful subscribers and viewers. We will be making some changes and updates to our schedule following our new transitions. But we think they’ll be for the better!

END_OF_DOCUMENT_TOKEN_TO_BE_REPLACED 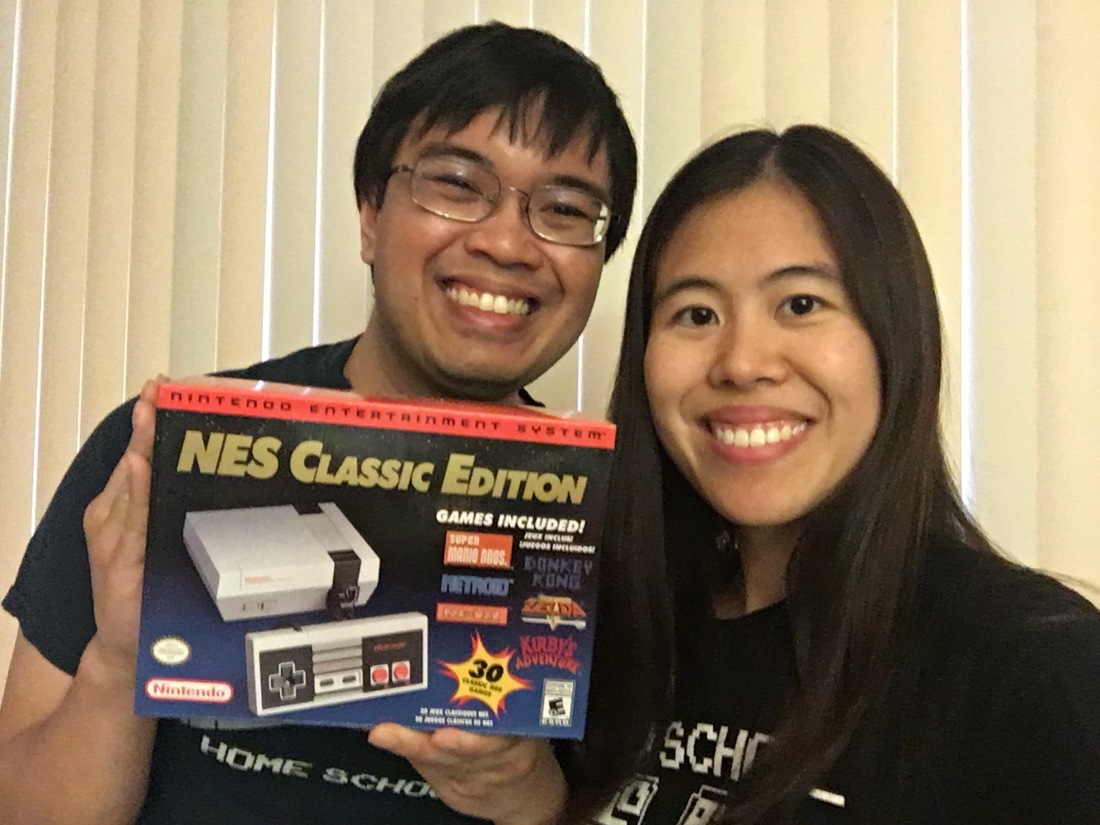 Hi everyone! Welcome to the third edition of Weekly Panda Roundup! My wife and I had another exciting weekend, mostly due to a big comic convention that we attended. I’ll have more to share about that in the next few weeks, but first I have a story.

Behind the SNES Classic Video

Our latest video, a wish list of 30 games we’d like for the rumored SNES Classic Edition, wasn’t actually the planned video for this week. I originally had another video ready to go, until something went wrong with the audio, making the video nearly unwatchable. I salvaged what I could but no longer felt that it was worth uploading. I was devastated, but I was determined to get something up for our subscribers. That night, we channeled all that energy into making something bigger and better, and I actually had to learn some new editing skills to put the video together. And after many long hours of writing, recording, and editing, I’m so pleased about the final product! It’s truly a video that has risen from the ashes of something that could have been. And although I’m still a little bummed about the other video, I’m so glad that this new video has been received well. Thank you for your insightful comments and awesome ideas for the system! Be sure to check out the fun video that we poured our hearts into below!

Without further ado, it’s time to round ‘em up!

We can’t stress enough how grateful we are for your support for our YouTube channel! It warms our hearts every time you share our videos and leave such awesome comments! I’m always floored by your kind words and insights. Seriously, you all are awesome. Thank you so much for believing in us, and we hope to continue to bring quality content for you to enjoy!

I sincerely hope you enjoy this video where Crystal Dragon and I discuss which 30 games we’d like to see on a hypothetical SNES Classic, why we think they’d be good fits for the mini console, and the likelihood that they could appear. The SNES has such a huge legacy, and there were many games we could have chosen. Please be sure to let us know what you want to see from our list as well as what you would like to see on your hypothetical SNES Classic! Enjoy!

Part 4 our co-op playthrough of Snipperclips is up! In this episode, we start the second world, Retro Reboot, and make some of the most BE-AUT-I-FUL shapes. End sarcasm. Find out what ridiculous figures we cut each other up into in the video below! As always, you can start with this video or from the first episode here.

You can find the full playlist starting at Part 1 – Stabby Sticks here: http://bit.ly/2nFmc5v

Due to the aforementioned issue with the broken video, I apologize that we couldn’t upload the second part of our Snake Pass playthrough of us holding separate Joy-Con controllers. Though I had considered putting it up the day before or after the Snipperclips video, we ultimately decided to keep it consistently on Saturdays. It’ll also allow us to put the best content we can out there! So please look forward to that next Saturday!

Until then, you can find the playlist with the first episode here – http://bit.ly/2pezKUq

Closely related to the rumored SNES Classic, we finally got our hands on the real deal, the NES Classic! After months of repeatedly missing out on this rare 30-game compilation and the news that Nintendo was discontinuing the system, I believed it was all over.

And I was fine with that. It’s a 30-game collection on a fun miniature console, yes, but I played most of those games or could get them on Virtual Console. Besides, I had never even seen the NES Classic on shelves. The closest I ever got to one was being right behind another lucky individual who brought his NES Classic home. At least I hope he did as opposed to what else he could do with the system… Then came word of Best Buy’s reported final shipment, and we were determined to line up early for this.

It wasn’t our first time lining up for something. After all, just at this past convention, we did a lot of that for autographs. Not to mention, we’ve had to line up for amiibo multiple times to fulfill our extensive collection. Even then, we weren’t always successful in these endeavors. Recently, I even had a nightmare story about the horrors that happened during the Wal-Mart midnight Nintendo Switch launch!

Arriving early on the morning of the final shipment, we got one out of only seven mini consoles in a line of 20+ people! Though I wish there were more stock for all the people waiting, I was so ecstatic once I held it in my hands! After nearly missing out on this system forever and a horrible Switch launch experience, it felt so good to have a launch go well…even though this is technically a release of a system that’s been out since November. Hmm, there are so many things wrong with this NES Classic situation. If the SNES Classic actually happens, I can only hope Nintendo learns from this. Oh well, one thing at time, I guess. 🙂

I’ll be sure to write more about my acquisition in the next few weeks!

Thank you so much for reading this issue Weekly Panda Roundup! On Thursday, I’ll be posting a new video review! And for the next roundup, I’ll be writing a special feature about those comic conventions we’ve been attending! See you next time!

How was your weekend? Have you ever lined up for a console, amiibo, or any other product? Were you able to get the NES Classic, anytime between launch and now? What would you like on the rumored SNES Classic? Let me know what you think about NES Classic, the unconfirmed SNES Classic, or any of our videos in the comments section below! Thank you for reading! Have a great week!

The NES Classic Edition has come and gone. Though many of us have missed out on obtaining this prized miniature console with 30 NES games, a rumor from Eurogamer suggests that Nintendo could already be looking at an SNES Classic Edition by the end of the year. I would absolutely love to see 30 Super Nintendo games all in one tiny system. But what games to include? I created a wish list of the games I’d like to see make it to this hypothetical system. Though there are some unrealistic choices, I put some thought into what games would be more likely than others, so there aren’t any licensed games on here. Nevertheless, there’s a lot of great titles to choose from! Here’s my top 30!

I also put together a video version of this list for your enjoyment!